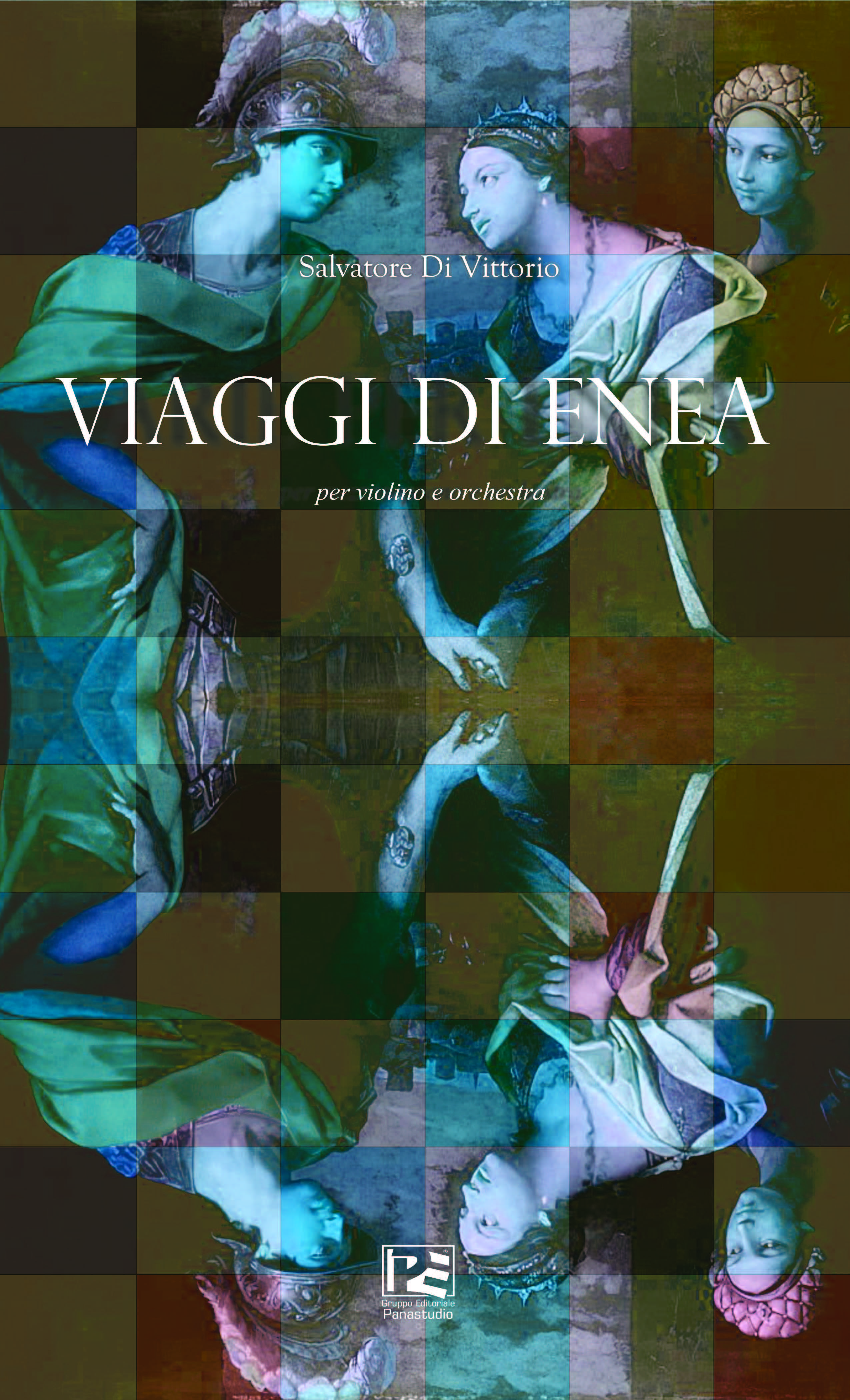 Recordings:
To Be Determined
For other premieres of this work, visit: Performances

Commission for the Teatro Massimo Opera of Palermo and their concertmaster Salvatore Greco.

Program Notes/Il Programma
Viaggi di Enea (Voyages of Aeneas), for violin and orchestra, was commissioned by the Teatro Massimo for the orchestra’s concertmaster Salvatore Greco. This is one of several works by Di Vittorio dedicated to Virgil’s Aeneid, including Arias for Aeneas and a future symphony. The music explores Aeneas’ poignant sea travels at the beginning of the Aeneid, escaping burning Troy and his eventual sea adventures to Greece, Carthage (and the famous romance with Dido), Sicily and (finally) to Rome for the founding of the eternal city itself. The Aeneas musical theme was derived from the end of Di Vittorio’s Sinfonia N. 4 “Metamorfosi”, the first work dedicated to the Orchestra of the Teatro Massimo, which Di Vittorio recorded on Naxos Records. Di Vittorio plans to give the world premiere of his Fourth Symphony in Palermo in a future season.

The first movement, “From a tempest at sea (Troy)”, begins with Aeneas’ escape from Troy and thereby introduces the Aeneas musical theme. This theme unfolds through the work similarly to Harold’s theme in Hector Berlioz’ Harold in Italy, for viola and orchestra. The second movement, “Dance of the Muses (Greece)”, surrounds Aeneas landings on the Greek isles where festivals take place. The third movement, “Song of Love – Aeneas and Dido (Carthage)”, develops the Aeneas theme into a slow romance featuring the strings together with the harp. The fourth and final movement, “Tarantella and Hymn (Sicily – Rome)”, is dominated by a fast Sicilian tarantella and the Aeneas theme returns as a majestic hymn foreshadowing the foundation of Rome.