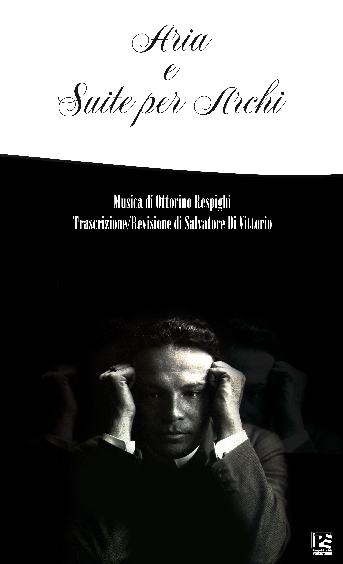 Recordings:
2011, Respighi Discoveries, Naxos
For other premieres of this work, visit: Performances

Commissioned by the Respighi Family and Archive
Respighi’s great nieces Elsa Pizzoli Mazzacane & Gloria Pizzoli Mangini, and archive curator/cataloger Potito Pedarra, for the Chamber Orchestra of New York.
Program Notes/Il Programma
The Suite per archi dates to 1902, and was composed in six
movements in the style of the Baroque.

The Ciaccona begins in a reflective manner, a bold and serious music, with an underlying harmonic progression (as with the Baroque chaconne), before shifting to more quick tempi for its remaining variations. The Siciliana, second movement, is light and graceful with its pastoral almost jig-like dance, high soaring notes and melodic turns.

The Giga immediately establishes its quick meter in a scurry of counterpoint. Although an early work of Respighi, the middle section of this movement foreshadows the composer’s later use of trills and tremolos as key effects throughout the orchestra. Nonetheless, with all the excitement in the music, Respighi’s lyricism commands control over all other aspects of his composition. His gift of lyricism is perhaps even more apparent in the Sarabande, with its ever-present tied beats and other sustained sounds. The five movement Burlesca remains playful from beginning to end, rich of ornamentation and introduces the finale Rigaudon – which interupts the previous music with a lively duple meter and declamatory melodies.

The Suite for strings not only introduces us to an incredibly exciting music, which Respighi considered his own Baroque style treatment and homage to the string music of Edvard Grieg (1843-1907), but also allows us keen insight of the master who later composed the well-received Ancient Airs and Dances No. 3 for strings. In effect, the Suite remains a precursor to the third Ancient Airs Suite.