Concerto per Violino (in La Maggiore) 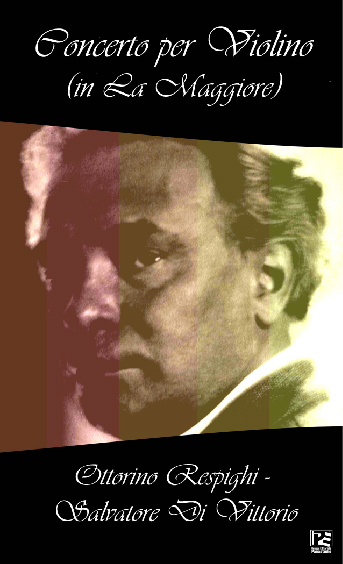 Concerto per Violino (in La Maggiore)

Recordings:
2011, Respighi Discoveries, Naxos
For other premieres of this work, visit: Performances

Left unfinished in 1903, the Concerto per Violino pre-dates Respighi’s three completed violin concerti: Concerto all’antica (in A minor) in 1908, Concerto Gregoriano in 1921, and the single movement Poema Autunnale in 1925. This Violin Concerto not only foreshadows the later Respighi known for Pines of Rome, but harks back to the concerto writing of such masters as Vivaldi if not Mendelssohn.

As for the original manuscript, Respighi had completed the first two movements and begun the third movement in piano reduction, with only a few measures orchestrated.

Di Vittorio maintains the nature and musical integrity of the work, which Respighi himself had demonstrated through his original manuscripts. The third movement is modeled as a sort of rondo of musical ideas, culminating from the first two movements. Respighi had already inspired this by creating a third movement principal theme which closely resembled the thematic material of his first movement. With this in mind, Di Vittorio extends the introductory theme along with others from earlier movements, through a series of developing variations and reinvention.