On April 11th members of the Chamber Orchestra of New York performed at the James Bond Collection private event for the esteemed London brand Orlebar Brown, in partnership with EON productions – the producers of all of the 007 films. Salvatore Di Vittorio received permission from EON / EMI Music to create a replica of the original string version of We Have All the Time in the World from the film and soundtrack to “On Her Majesty’s Secret Service” exclusively for this fashion show. 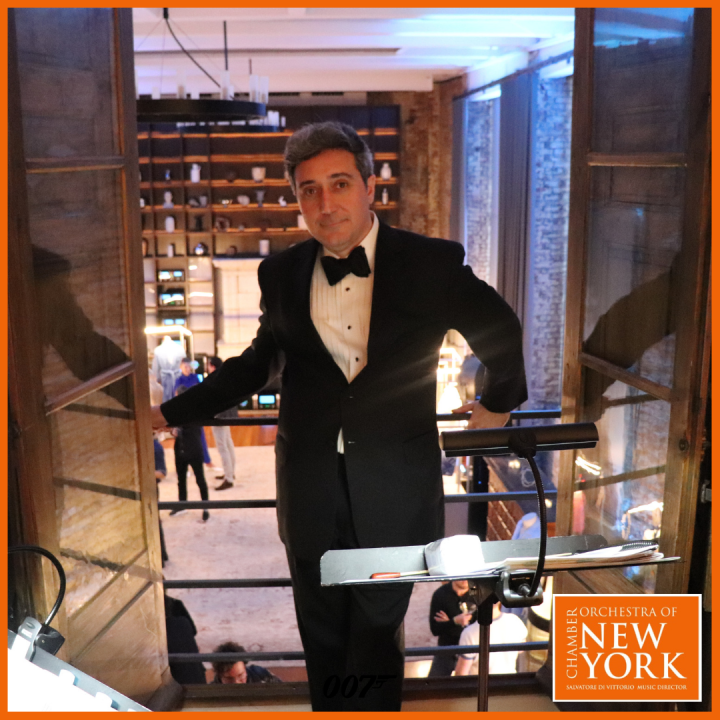 Here’s an excerpt from the event: