Story Behind the Respighi Editions

A few Italian conductors of chamber orchestras noticed early on the neoclassical influence of Ottorino Respighi on Salvatore Di Vittorio’s early works, pairing them together in their programs. Music critics also made the connection, with some articles praising Di Vittorio and then described him as “following in the footsteps of Respighi”. In March of 2006, Di Vittorio founded the Chamber Orchestra of New York “Ottorino Respighi” to honor this bond and his commitment to the Italian repertoire. These developments caught the attention of certain Respighi scholars and the news eventually reached Respighi’s great-nieces, Elsa Pizzoli Mazzacane and Gloria Pizzoli Mangini. 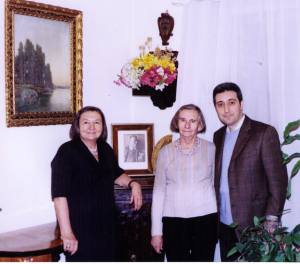 Subsequently, Gloria Pizzoli hosted Di Vittorio in her home in Rome in January of 2008 along with Elsa Pizzoli at which time they spoke by phone with family archive curator/cataloger Potito Pedarra in Milan. They would invite Di Vittorio to complete several of the Bolognese composer’s unpublished early orchestral works. In the coming days, Di Vittorio would meet Potito Pedarra in Milan, and together they would visit Italian publisher Casa Ricordi to begin discussing the long-term project. 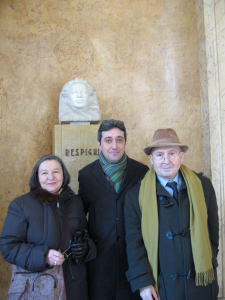 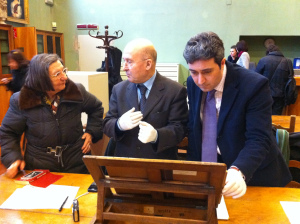 During an interview for RAI Italia at Carnegie Hall in March of 2019, Di Vittorio was asked why he felt he had received such a great honor from the family and archive curator of one of Italy’s greatest orchestral composers. Di Vittorio responded “It was a tremendous honor for me as a composer to have earned their trust, and I had such great respect for them as they nurtured and escorted me to Respighi archives and a few related sites around Italy. They had caught that I shared Respighi’s love and unique interest in composing orchestral program music, with themes of antiquity. But, frankly, I learned later from Casa Ricordi that there were actually only a few living Italian neoclassical composers that would even have been considered at the time. Neoclassical composers are a rarity these days, including in Italy. I am forever grateful to Elsa, Gloria, and Potito for their dear friendship, vision and belief in the importance of my work as a composer.” 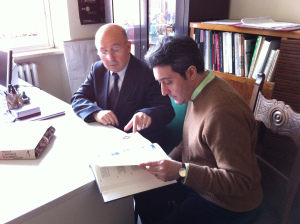 Di Vittorio continues to publish first printed editions of Respighi’s early orchestral works, and champions the works in performances with orchestras – especially with the Chamber Orchestra of New York for ongoing recordings on Naxos Records.